How To Learn Swift & Become An iOS Developer

Swift programming became one of the most sought after skills highly desired by most developers. Why is the Swift programming language so trendy? The popular reason is Apple technologies. Apple Inc. has changed the world becoming one of the most popular brands for over 700 million people worldwide. Most entertaining apps that you use daily on your iPhone and which you like so much are written with Swift language. BMO Capital Markets already estimated that over three-quarters of a billion iPhones are in use today and this number keeps growing. Pretty impressive statistics. So, are you still wondering why skills in writing Swift codes are important? Another good question is why to become an iOS developer anyway?

There is no way today that Internet users can give up on their gadgets. Lots of people are hooked to the needle of boosting a dopamine level by playing with Apple’s apps. Mobile technologies are babysitted by iOS developers and Swift language is their beloved child. The thirst for learning Swift language and for building new applications only grows. No surprise, iOS development gained more popularity and is a top pick among those who want to become iOS developers.

“If you decide to go in this game and become an iOS pro, learning Swift is a must“

In this article, we tried to cover major features of learning Swift. Either online or with tutorials – both ways are effective for Swift newbies. If you combine these approaches, you’ll advance in learning Swift even faster. Swift language is essential for boosting career and becoming a skilled iOS developer, so keep this in mind. So, if you decide to go in this game and become an iOS pro, learning Swift is a must.

Now, get some handy hints on how to jump in this bandwagon and be a smart cookie in mobile applications and start writing Swift codes.

Some reasons why iOS development pays off

Chasing an idea of becoming an iOS developer and making apps for iPhones or iPads? Don’t hesitate and just go for it. No joke, VisionMobile, the leading analyst in the developer economy, stated that learning iOS developing skills for mobile technologies is worth every penny.

So, what actually is the iOS system about? iOS serves as an operating system for most of the Apple hardware devices, which are written with Swift programming language.

Here are more major reasons of why learning iOS development is important :

After learning and mastering your Swift coding skills you can become an iOS developer and join ranks of professionals. You’ll take advantage of developing iOS platforms used by hundreds of millions of people worldwide. Not only that, with the iOS system you will be building extensive APIs, libraries for development upgrades, utilizing Xcode tools, and more.

Developed by Apple Inc., Swift was issued back in the days during 2014. Swift was designated as an “official” language of iOS. Swift codes are also used on such mobile platforms, like iPadOS, macOS, watchOS, tvOS, Linux, or z/OS. Describing Swift language in a few words – as elegant as Perl, as powerful as C++.

Compared to its predecessor Objective-C, Swift language syntax was simplified. At the same time, more attention was paid to security protocols. Now Swift codes are much faster and much more adaptable to updates. Because of all these reasons, Swift is a top pick whenever one has to choose between Objective-C or Swift.

“It was the best that happened to Swift since Swift”

In 2019, Apple released a new updated version of Swift programming language –  SwiftUI. This version is an even more innovative and simple tool for creating user interfaces on Apple platforms. Some iOS developers say – it was the best that happened to Swift since Swift.

Some steps to become an iOS developer with Swift

There is one way to code with Swift and become an iOS developer – going with Xcode on Mac. You’ll need a MacBook to install Xcode. You can also download macOS directly to your PC. There is also an option to find Xcode on the App Store or install it via developer.apple.com. An alternative option that can make learning Swift language fun and playful is to find it on the Swift Playgrounds (an application designed for iPad).

Once you have Xcode installed, go ahead and try writing Swift codes for building your entire iOS application. That way you’ll get your hands-on experience and learn Swift programming by practicing. Or try some practical examples to get your bearings in learning Swift. If your previous experience involved working with Objective-C only, don’t worry, this language is still fully supported. Your skills won’t go to waste along the way of becoming a skilled iOS developer. You can even mix and match them in your iOS projects. These two programming languages coexist with no problem. Any Swift files you’ve created for your target will be shown in the Objective-C files too.

However, you need to keep in mind that Swift language still exists in beta, which means – it’s subject to change. A good idea would be to follow all new updates while learning and practicing Swift. Keep an eye on new information like Apple news, notifications, and announcements and stay up-to-date with changes.

For acquiring and boosting your Swift coding skills, take an online course “Complete iOS Development Course – From Beginners to Publishing your App on the App Store” offered on Grinfer for less than $20.

This course was created by Three Millennials, an online e-learning school organized for those who want to shift from student to a paid professional. After taking this course you will be coding and designing applications for iPhone and iPad from scratch by using iOS13. You will not only learn how to save and retrieve data, create functions and loops, use timers and delays, etc., but also learn how to make cool icons for your iPhone. You will also learn how to publish your apps in the Apple App Store.

Another great online course is “Swift Programming Basics – Learn to Code from Scratch [For Complete Beginners]” you can also find on Grinfer for just $19.99. This online course offers plenty of video and audio tutorials for learning Swift language and iOS development. You will be taught how to start learning Swift from scratch and move up to the level where you will be writing Swift codes for iOS applications used in your favorite Apple gadgets.

Get lots of practice and hands-on experience in Swift coding and designing with Swift programming language by taking an online tutorial on the Grinfer e-learning platform  – “How to Create Tic-Tac-Toe Game for iPhone using Swift in Xcode – iOS Development Tutorial” for $19.99. You’ll get lots of video and audio content that teaches how to use Swift and Xcode languages for building a cool and famous Tic Tac Toe, which you can play on your iPhone. This can be a great start for your future career in iOS development before you move to more advanced projects along the way!

The best way to learn Swift language – lots of practice by coding and building iOS applications. So, once you gained enough knowledge in learning Swift from practical experience and  theory – put it into practice!

Don’t forget about useful tools for learning Swift and iOS development which are available online, such as videos, different topics, articles, and so on. Take notes of everything you read or watched on writing Swift codes. Arrange a project for building an iOS application and just go for it. For example, building Delegate patterns is a great way for learning Swift language. This is something  that is commonly used for building iOS applications.

The best way to learn Swift language – lots of practice by coding and building iOS applications.

Another good way to practice Swift programming would be looking over some sample projects. Once you choose a sample project for learning Swift, try to recreate it by yourself. A great source of free examples is on the GitHub site, which has plenty of code libraries. Also, keep an eye on an “Awesome Swift” list, which also has a big bunch of information useful for learning Swift programming.

Dmitry is a senior backend developer, team lead and IT expert with a focus on complex payment solutions. Dmitry is a practitioner who spends most of his time learning and leveraging new solutions. Unlike most developers, Dmitry cares about how customers experience what he does.

Photoshop vs Lightroom - Which Is Right For Me?

How to Grow an Already Established Business 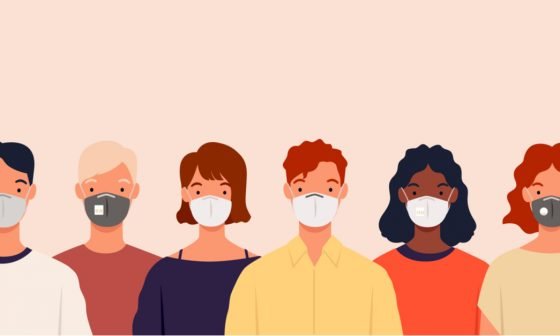 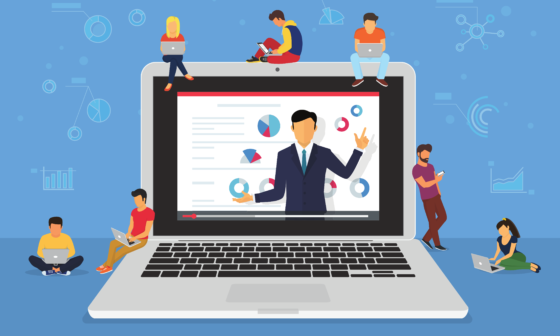 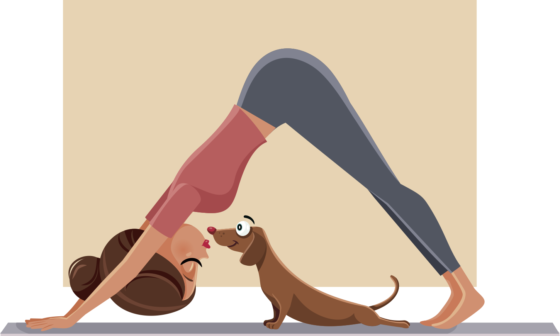 Read More
CCourses
How to Train Your Dog [Introduction to Dog Training Methods] From the time when dogs were domesticated, the… 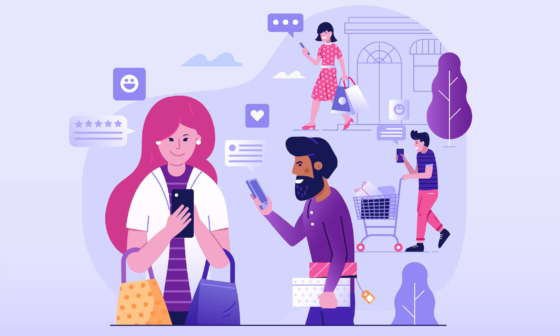 Read More
CCourses
The eLearning market is demonstrating a constant growth. According to Global Industry Analysts, by 2025 the volume of… 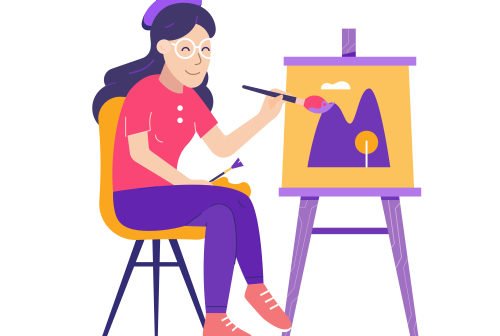 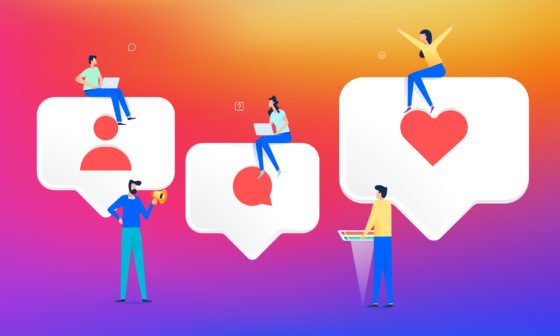